Kirsten Dunst is an American actress and former child actress, who also holds German citizenship. She is best known for her roles in the films Interview with the Vampire, Jumanji, The Virgin Suicides, Melancholia, Marie Antoinette, Bring It On and Spider-Man film trilogy. For her role as Claudia in Interview with the Vampire, she was nominated for a Golden Globe for Best Supporting Actress. Her television credits include ER, Fargo, On Becoming a God in Central Florida, The Devil’s Arithmetic, Tower of Terror, and The Siege at Ruby Ridge. Born Kirsten Caroline Dunst on April 30, 1982 in Point Pleasant, New Jersey, to parents Inez and Klaus Dunst, she has a younger brother named Christian. She belongs to German and Swedish descent. She started her career at the age of 3 appearing in commercials. She made her film debut in Woody Allen’s short film Oedipus Wrecks for the anthology film New York Stories. She was in a relationship with actor Jake Gyllenhaal from 2002 to 2004 and actor Garrett Hedlund from 2011 to 2016. In January 2017, she became engaged to actor Jesse Plemons with whom she has a son, Ennis. 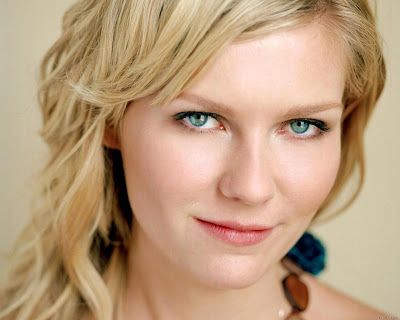 Kirsten Dunst Facts:
*She was born on April 30, 1982 in Point Pleasant, New Jersey, USA.
*Began modeling at age 3 and by age 12 Kirsten had already appeared in 100 TV commercials.
*She has dual citizenship of German and American.
*People Magazine named her one of the top 50 Most Beautiful People in the World in 1995 and 2002.
*She was named #25 in Stuff magazine’s “102 Sexiest Women in the World” in 2002.
*She played recurring role in the medical drama series ER.
*She co-hosted the MTV Movie Awards in 2001.
*Follow her on Twitter and Instagram.