Austin P. McKenzie is an American actor. He is best known for his portrayal of Melchior Gabor in the 2015 Broadway Revival by Deaf West Theatre of Spring Awakening, and for his role as Cleve Jones on ABC’s When We Rise. He has also appeared in the films Speech & Debate and Unhinged. In 2015, McKenzie appeared in a one-episode guest starring role in the television series The 101. 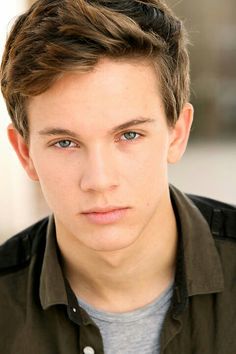 Austin P. McKenzie Facts:
*He was born on August 24, 1993 in Mesa, Arizona, USA.
*He studied American Sign Language at Columbia College Chicago.
*He made his theatrical debut in September 2014.
*He starred as Melchior Gabor in the Deaf West Theatre revival of Spring Awakening on Broadway.
*He made his television debut as the lead of ABC’s mini series, When We Rise, in 2017.
*He is openly a gay.
*He is dating actor Kevin McHale.
*Follow him on Twitter, Tumblr, YouTube and Instagram.