Kevin McHale is an American actor, singer, dancer and radio personality who was a member of the the American boy band NLT, which stands for “Not Like Them”. He is best known for his role as Artie Abrams on the Fox comedy-drama series Glee. From 2014 to 2016, McHale hosted the British panel show Virtually Famous on E4, and is currently one of the four hosts of Sick of My Own Voice on Dash Radio. 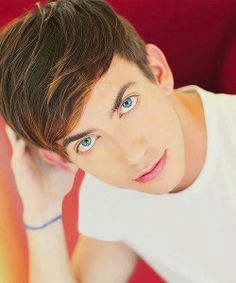 Born Kevin Michael McHale on June 14, 1988 in Plano, Texas, to parents Elizabeth and Christopher McHale, he is the youngest of four children. McHale attended and graduated from Academy of the Canyons in Santa Clarita, California. He is dating actor Austin McKenzie.

Kevin McHale Facts:
*Born on June 14, 1988 in Plano, Texas, he is of Irish descent.
*He grew up with actress and singer Demi Lovato.
*He is a big fan of Michael Jackson from an early age.
*He was a member of the boy band NLT “Not Like Them”.
*He played Artie Abrams in the Fox comedy-drama series Glee from 2009 to 2015.
*He has a dog named Sophie.
*He is openly a gay.
*Follow him on Twitter, Facebook and Instagram.