English actor who starred as Miles De Souza in the soap opera Emmerdale from 2007 to 2008 and as Joe Roscoe in the soap opera Hollyoaks from 2013 to 2016. Callaghan has also appeared in Bad Education, The Harvester, Krish and Lee, EastEnders, Death Scenes, and Casualty. His theater credits include Balm in Gilead, Someone Who’ll Watch Over Me, Romeo and Juliet, The Elephant Man, and Bedroom Farce. 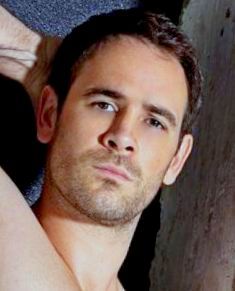 Born Joseph Patrick Callaghan on June 6, 1981 in Aylesbury, United Kingdom, he took the professional name Ayden when he started acting. Callaghan trained as an actor at the Guildford School of Acting and graduated in 2004 after a three-year course, where he also achieved a BADC-Level II gold grade. He is married to television presenter, actress and blogger Sarah-Jane Honeywell. They have two sons, Phoenix and Indiana.

Ayden Callaghan Facts:
*Born on June 6, 1981 in Aylesbury, United Kingdom, he lived in Winslow, Buckinghamshire from the age of three.
*He trained as an actor at the Guildford School of Acting and graduated in 2004 after a three-year course.
*He played Joe Roscoe on the Channel 4 soap opera Hollyoaks from 2013 to 2016.
*He played PC Lomax in three episodes of EastEnders in 2012.
*He is a supporter of Wolverhampton Wanderers F.C..
*Visit his official website: www.aydencallaghan.com
*Follow him on Twitter, Facebook and Instagram.