Ayesha Khan is a Pakistani actress who appears mainly in television. Ayesha had her television debut in 2000 in the television serial “Tum Yahi Kehna”. She is known for her roles in television, such as Kafir, Manay Na Ye Dil, Mehndi, Tumhare Siwa, and Maseeha. She has also starred in the films Waar, Jawani Phir Nahi Ani and Abhi Toh Main Jawan Hoon. She was born on September 27, 1982 in Lahore, Pakistan, and spent most of her growing years in Abu Dhabi and Canada. She is of Punjabi descent on her father’s side, and of Kashmiri descent on her mother’s side. She has two sisters, Noor and Sarah. 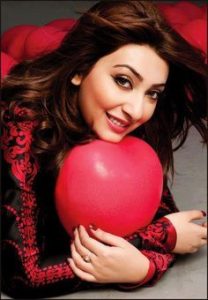 Ayesha Khan Facts:
*One of the leading television actress of Pakistan TV industry.
*She belongs to Punjabi and Kashmiri descent.
*She is also a commercial model.
*Follow her on Facebook.