Actress and former fashion model, Joy Bryant is most famous for her portrayal of Jasmine Trussell in the NBC family drama Parenthood. She has also starred in such films as Bobby, Antwone Fisher, The Skeleton Key, Spider-Man 2, and Get Rich or Die Tryin’. She made her acting debut with a role of Nikki in MTV’s 2001 special Carmen: A Hip-Hopera. Bryant was born on October 18, 1974 in The Bronx, New York, USA. She was raised by her grandmother. She attended and graduated from Yale University. She has been married to David Pope since 2008. 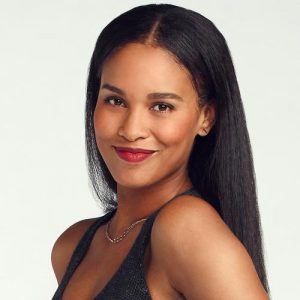 Joy Bryant Facts:
*She started dancing at the age of 3.
*She was chosen by Denzel Washington to star in 2002’s Antwone Fisher.
*She owns a ranch house in Glendale, California.
*Follow her on Twitter, Facebook and Instagram.