Ayesha Takia is an Indian former actress who mainly appeared in Bollywood films. She is best remembered by the public for her roles in the films Wanted, Dor, Dil Maange More, and Taarzan: The Wonder Car. Ayesha first appeared in Taarzan: The Wonder Car for which she won the Filmfare Best Debut Award in 2004. For her role in the 2004 film Dil Maange More, she earned a nomination for a Screen Award for Most Promising Newcomer. She won a Screen Award for Best Actress for her role in the film Dor. Born on April 10, 1986 in Mumbai, Maharashtra, India to Faridah and Nishith Takia, she has one younger sister. She has mixed Gujarati, English and Indian ancestry. She began her career as a model when she was 15, appearing in the “I am a Complan Boy! I’m a Complan Girl!” campaign. She has been married to Farhan Azmi since 2009. They have a son, Mikail Azmi. 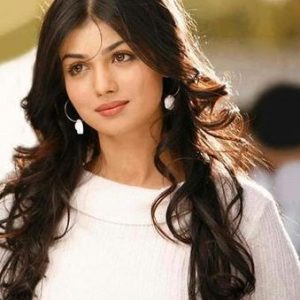 Ayesha Takia Facts:
*She was born on 10 April 1986 in Mumbai, India to Gujarati Hindu father and Muslim mother.
*She was raised in Chembur which is the suburb of Mumbai located in India.
*She appeared in Falguni Pathak’s “Meri Chunar Udd Udd Jaye” music video when she was only fifteen years old.
*At age eighteen, she appeared in another video, Shake It Daddy.
*Follow her on Twitter, Facebook and Instagram.