Kevin Kline is an American actor of film, television, and stage. He is best known for his roles in the films A Fish Called Wanda, Sophie’s Choice, Wild Wild West, The Big Chill, Cry Freedom and De-Lovely. His accolades include three Tony Awards, and one Academy Award. He has also been nominated for two Emmy Awards, two BAFTA Awards and five Golden Globe Awards. He won an Oscar for his supporting role in the hit film, A Fish Called Wanda. His other film appearances include Silverado, Dave, The Hunchback of Notre Dame, The Ice Storm, In & Out, The Road to El Dorado, The Conspirator, My Old Lady, and Beauty and the Beast. Born Kevin Delaney Kline on October 24, 1947, in St. Louis, Missouri, to Margaret and Robert Joseph Kline, he was raised in his mother’s Catholic faith. His siblings are Alex, Christopher, and Kate. After graduating from Saint Louis Priory School in 1965, he attended Indiana University, Bloomington, where he was a classmate of actor Jonathan Banks. He made his feature film debut in the 1982 drama Sophie’s Choice. He has been married to Phoebe Cates since 1989. They have two children. 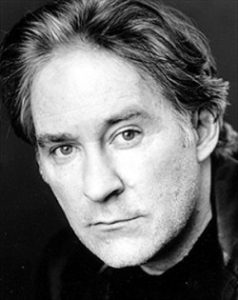 Kevin Kline Facts:
*His father was of German Jewish descent and his mother was of Irish ancestry.
*His father was an opera singer.
*He is fluent in French.
*He is a 2003 American Theatre Hall of Fame inductee.
*He received a scholarship to attend the Julliard School in 1970.