Balthazar Getty is an American actor and musician. He is known for his roles in television, such as Charmed, Brothers & Sisters, Alias, and Traffic, and in the films Young Guns II, White Squall, Lost Highway, Natural Born Killers, Judge Dredd, Mr. Holland’s Opus, Big City Blues, The Center of the World, Deuces Wild, Ladder 49, and Feast. As a musician, Getty is a member of the indie rock/electronic band Ringside, and is the producer for rap duo The Wow. He has been a fashion model for Versace, Calvin Klein & Tommy Hilfiger. 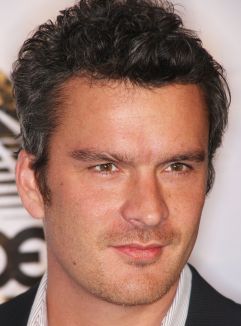 Born Paul Balthazar Getty on January 22, 1975 in Tarzana, Los Angeles, California, he is the son of Gisela Getty and John Paul Getty III and great-grandson of famous billionaire Jean Paul Getty. He has been married to Rosetta Millington since May 3, 2000. They have four children.

Balthazar Getty Education:
He was educated in the United Kingdom at Gordonstoun, Scotland.

Balthazar Getty Facts:
*He was born on January 22, 1975 in Tarzana, Los Angeles, California, USA.
*He began his acting career at age 12 in 1987
*He played hockey for a team in Burbank, California.
*He made his acting debut in the 1990 American survival drama film Lord of the Flies.
*He formed the band Ringside with his friend Scott Thomas.
*He is best friends with actor Eric Dane who is godfather of his son Cassius.
*He lived with actress Lala Sloatman when he was 16.
*He is fluent in German.
*He was best friends with the late Rodney Harvey.
*He has two pug dogs: Daisy and Ajax.
*He enjoys riding motorcycles.
*He is the cousin of Alexander Getty, Andrew Wilding, August Getty, Caleb Wilding, Joseph Getty, Julius Getty and Nats Getty.
*Follow him on Twitter and Instagram.