Bar Paly is an Israeli-American actress and model who began a career as a model at the age of 17, and has appeared as a cover girl in several magazines, including Maxim, Rolling Stone and GQ. As an actress, Paly has appeared in Pain & Gain, Million Dollar Arm, Non-Stop, and other feature films. She also had recurring roles in the television series The Starter Wife and Underemployed. 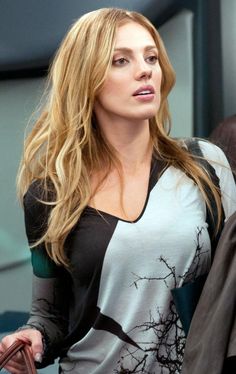 Born Varvara Alexandrovna Paley on April 29, 1985 Nizhny Tagil, Russia, to parents Olga Drob and Alexander Paly, she relocated to Tel Aviv, Israel with her family when she was seven. Paly was educated at Ironi Aleph High School. She married Canadian director Ian Kessner in 2007.

Bar Paly Facts:
*Born on April 29, 1985 Nizhny Tagil, Russia, she relocated to Israel at the age of 7.
*She is of Russian Jewish descent.
*Her grandfathers served in the Red Army during WWII.
*She started modeling at the age of 17.
*Her mother agency is Yuli Models Agency.
*She was ranked #66 on Maxim’s “Hot 100” of 2014 list.
*She became an American citizen on August 14, 2016.
*Visit her official website: www.barpaly.com
*Follow her on Twitter, Facebook and Instagram.