Barbara Chiappini is an Italian model, showgirl, television personality and actress who won the beauty contest “An Italian for Miss World” in 1993 and she subsequently entered the Miss World competition, winning the title of “Miss Photogenic”. She was active on fotoromanzi and appeared in three sexy calendars in 2002, 2003 and 2004. Chiappini took part in the soap opera Un posto al sole and to the first edition of the Raidue reality show L’Isola dei Famosi. As an actress, Chiappini has appeared in Il latitante, Come sinfonia, T’amo E T’Amero, Miss Italia, Vento di primavera: Innamorarsi a Monopoli, Paparazzi, and Midsummer Dream. 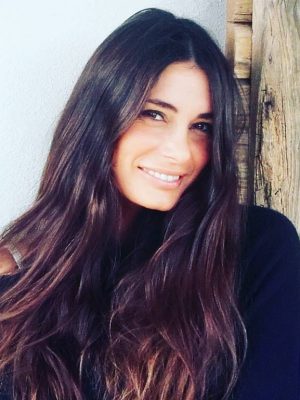 Barbara Chiappini Facts:
*She was born on November 2, 1974 in Piacenza, Italy.
*She studied violin for four years at the conservatory of her city.
*In 1993, she made her television debut as a regular in the variety show Buona Domenica.
*She posed n*de for the 2002, 2003 and 2004 sexy calendars by photographer Angelo Gigli.
*She has two children with Carlo Marini Agostini.