Barbara March was a Canadian actress. She was best known for her portrayal of Lursa, one of the two sisters of the Klingon House of Duras. She appeared as Lursa in Star Trek: The Next Generation, Star Trek: Deep Space Nine, and Star Trek Generations. She’s also remembered by the public for her roles as Isabella in Measure for Measure, Desdemona in Othello, Titania in A Midsummer Night’s Dream, the title heroine in The Duchess of Malfi, and Ruth in Harold Pinter’s The Homecoming. March was also a playwright and novelist. Born on October 9, 1953 in Toronto, Ontario, Canada, to Polish parents, March attended and graduated from the University of Windsor in Windsor, Ontario. She made her film debut in the 1983 Canadian independent drama Deserters. In 1979, she married musician and composer Alan Scarfe and they had a daughter named Antonia. March died of cancer on August 11, 2019 at the age of 65. 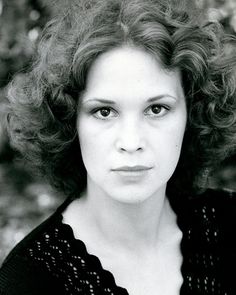 Barbara March Facts:
*She was born on October 9, 1953 in Toronto, Ontario, Canada.
*Stepmother of Jonathan Scarfe and stepmother-in-law of Suki Kaiser.
*She graduated from the University of Windsor with a BFA in Dramatic Arts.
*She was best known for her role as the Star Trek character Lursa, one of the Duras sisters.
*She was married to actor Alan Scarfe from 1979 until her death.