Barrett Pall is an American fashion model, actor and social media star. He has modeled for campaigns including Modern Luxury, Hobbs and Kent, Cosmopolitan Las Vegas, Diesel, Lacoste and others. He has appeared in the editorials of popular magazines such as Glamoholic Magazine, Apollo Novo Magazine, Vanity Teen Magazine and others. Apart from that he works as a celebrity personal trainer and life coach. Pall has become one of most popular figures on Instagram and other social media platforms. He has over 247k followers on his Instagram profile and over 25k subscribers on his YouTube channel. Born on 15 March 1988 in Stony Brook, New York to a Jewish family, he grew up with one brother and one sister. He attended Steinhardt School of Culture, Education, and Human Development at the New York University and was recruited to NYU competitive swim team. He was introduced to the world of modeling by his friend, by sending his images to the agencies. 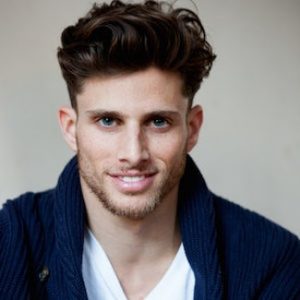 Barrett Pall Family Details:
Father: Unknown
Mother: Unknown
Spouse/Wife: Unmarried
Children: No
Siblings: He has one brother and one sister.

Barrett Pall Facts:
*He was born on 15 March 1988 in Stony Brook, New York.
*He is openly gay.
*He spent 15 years of his life as a competitive swimmer.
*He finished his internship at Saturday Night Live and Late Night with Jimmy Fallon.
*He was a member of the Jewish college fraternity Alpha Epsilon Pi.
*Follow him on Twitter, YouTube, Facebook and Instagram.