Benjamin Flores Jr. is an American actor and rapper. He is best known for his roles as Louie Preston in The Haunted Hathaways, and as Triple G in the Nickelodeon show Game Shakers. He also appeared in the Nickelodeon TV movies One Crazy Cruise and Santa Hunters. He played Morris in the 2014 film Ride Along. As a rapper, he is known for his song, “You Might Be the One”. Born Benjamin Christopher Flores Jr. on July 23, 2002 in Memphis, Tennessee, USA, to parents Benjamin and Tyisha, he started rapping at age 4. He first achieved fame after he was interviewed by the local Memphis Fox 13 television station at age 7. 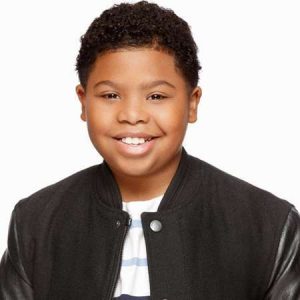 Benjamin Flores Jr. Education:
He completed his middle school education in May 2016.

Benjamin Flores Jr. Facts:
*He was born on July 23, 2002 in Memphis, Tennessee, USA.
*He started rapping when he was 4 years old.
*He released his first single “You Might Be the One” in September 2010.
*He provided the voice of Atticus in the children’s animated film Happy Feet Two.
*Follow him on Instagram.