Bensu Soral is a Turkish model and actress. She is best known for the television work on series such as Tatli Küçük Yalancilar (Sweet Little Liars) and Icerde (Inside). Soral played leading roles in the films Dıșarda 2 and Organize İşler 2: Sazan Sarmalı. Born on March 23, 1991 in Bursa, Turkey, to parents Sebahat and Hamdi Soral, her older sister, Hande Soral is also an actress. She also has one brother named Bedirhan. Bensu attended Inegöl Anatolian High School in Bursa, and studed graphic at Marmara University Faculty of Fine Arts. Her career as an actress began when she appeared on television screen with Yol Ayrımı TV series, in 2012. She has been married to Hakan Bas since September 29, 2018. 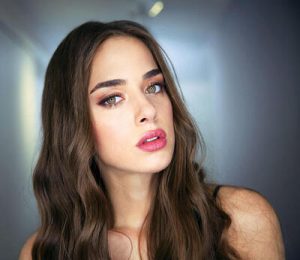 Bensu Soral Facts:
*She was born on March 23, 1991 in Bursa, Turkey.
*She started acting career by the support of her older sister Hande Soral who is also an actress.
*She made her television debut with Yol Ayrimi TV series.
*Visit her official website: www.bensusoral.com
*Follow her on Twitter and Instagram.