American actress and singer Bernadette Peters Biography, Family, Height, Weight, Age, Measurements will be discussed here. Bernadette Peters’s personal details can be checked here. She is one of the most critically-acclaimed Broadway performers, having received nominations for seven Tony Awards, winning two, and eight Drama Desk Awards, winning three. Four of the Broadway cast albums on which she has starred have won Grammy Awards. 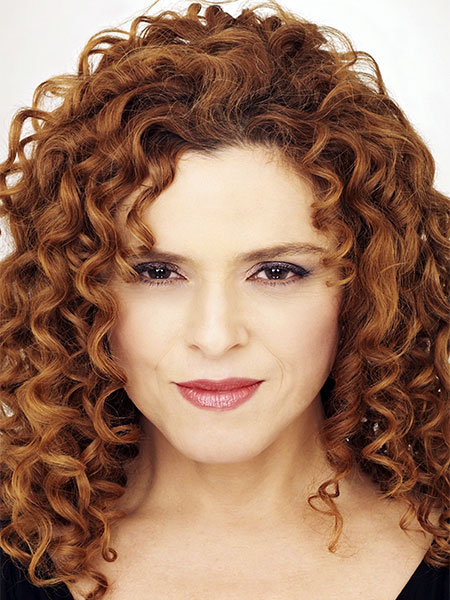 Bernadette Peters is an American actress, singer, and author who has starred in musical theatre, film and television, and performed in solo concerts and released recordings. She has earned widespread praise for her performances on the Broadway stage such as the musicals Mack and Mabel, Sunday in the Park with George, Song and Dance, Into the Woods, The Goodbye Girl, Annie Get Your Gun, Gypsy, A Little Night Music, Follies, and Hello, Dolly!.

Born Bernadette Lazzara on February 28, 1948 in Queens, New York City, to Marguerite and Peter Lazzara, a bread delivery truck driver, she is of Sicilian descent. She has two older siblings: Joseph Lazarra and Donna DeSeta. Bernadette first performed on the stage as a child and then a teenage actor in the 1960s, and in film and television in the 1970s.

She had a four-year romantic relationship with comedian Steve Martin and was married to investment adviser Michael Wittenberg for over nine years until he was died in a helicopter crash in Montenegro, Europe on September 26, 2005.

Bernadette Peters Facts:
*Born on February 28, 1948 in Ozone Park, New York, she is the youngest of three children of Peter and Marguerite Lazarra.
*Her first Broadway performance was in Johnny No-Trump in 1967.
*She was inducted into the Hollywood Bowl Hall of Fame in 2002.
*Her husband, Michael Wittenberg died in a helicopter crash in Montenegro, Europe on September 26, 2005.
*She is an animal rights activist.
*Visit her official website: www.officialbernadettepeters.com
*Follow her on Twitter, Facebook and Instagram.