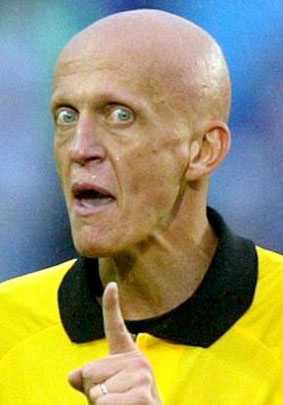 Pierluigi Collina Facts:
*He was born on February 13, 1960 in Bologna, Italy.
*He graduated from the University of Bologna with a degree in economics in 1984.
*He was a basketball fan and a defender for his local team, but as a teenager he was persuaded to take a refereeing course.
*He refereed the 1999 UEFA Champions League Final between Bayern Munich and Manchester United.
*He served as referee during the 2002 World Cup finals.
*Suffers from ‘Alopecia Areata’, a disease that causes hairlessness and thus is the reason for his baldness.
*He retired from his job as a referee in August 2005.
*He was inducted into the Italian Football Hall of Fame in 2011.