Bethenny Frankel is an American reality television personality, author and entrepreneur, best known for her appearances on the popular Bravo television series The Real Housewives of New York City. She is also the founder of Skinnygirl Cocktails, and hosted her own daytime talk show, Bethenny. Born Bethenny Robyn Frankel on November 4, 1970 in New York City, New York, Bethenny is the only child of her parents Bernadette Birk,an interior designer, and Robert J. Frankel, a horse trainer. Bethenny’s parents divorced when she was four years old, and her mom married another horse trainer when she was five. After graduating from Pine Crest School in 1988, she attended the Natural Gourmet Institute in New York City, and Boston University. She was married to Peter Sussman from 1996 to 1997 and Jason Hoppy from 2010 to 2016. She is the parent of a daughter, Bryn Casey Hoppy. 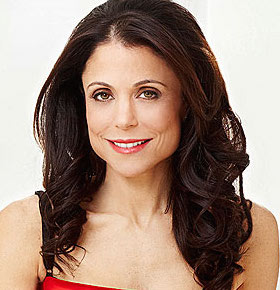 Bethenny Frankel Facts:
*She as born November 4, 1970 in New York City.
*She is the only child of her parents.
*She was a contestant on The Apprentice: Martha Stewart, a reality competition series, in 2005.
*In September 2009, she posed n*de for a PETA billboard.
*She enjoys rollerblading and snowboarding.
*She is friend with Lara Spencer.
*Visit her official website: www.bethenny.com
*Follow her on Twitter, Pinterest, YouTube, Facebook and Instagram.