Bette MacDonald is a Canadian comedian, actress and writer. She is mainly known for her comedic television series Rideau Hall. MacDonald is also known for her regular television role as Trudy Walsh in the CBC Television sitcom Mr. D. She has been compared to Bette Midler, John Candy and Carol Burnett; described as a comic genius with impeccable timing, or as the Halifax Herald described: “To watch her is to be a deer caught in the headlights of comedic talent”. Born in Sydney, Canada, she is the sister of Canadian comic/writer Ed MacDonald. She is married to fellow Maritime comedic writer and performer Maynard Morrison. 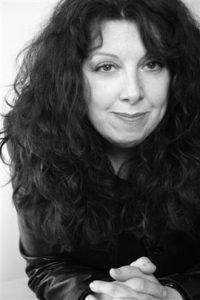 Bette MacDonald Facts:
*She was born in Sydney, Canada.
*In 2012, she began starring as Trudy Walsh in the CBC Television sitcom Mr. D.
*She is a winner of the Gemini Award.
*Visit her official website: www.bettemacdonald.com
*Follow her on Facebook.