Torrance Coombs is a Canadian-American actor. He is best known for television roles as Thomas Culpepper on Tudors, Sebastian “Bash” de Poitiers on Reign, John Doe on jPod, Chase Powers on Heartland, Sam Besht on Endgame, Count Paris on Still Star-Crossed, and Declan on the final season of The Originals. His film credits include Afghan Luke, Liars All, Eadweard, and The Last Heist. Born on June 14, 1983 in Vancouver, Canada, he attended the University Hill Secondary School. He was a part of the choir in grade school and was cast in the musical Cats. In April 2016, Coombs married former Miss USA Alyssa Campanella after six years of dating. They divorced in 2019. 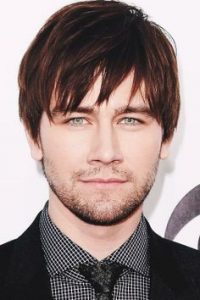 Torrance Coombs Facts:
*He was born on June 14, 1983 in Vancouver, Canada.
*He has dual American and Canadian citizenship.
*He enjoys playing video games, spending time online, and traveling and exploring various destinations in his free time.
*Visit his official website: www.torrancecoombs.com
*Follow him on Twitter, Facebook and Instagram.