Gong Yoo is a South Korean actor of film and television. He is best known for television roles such as Choi Han-kyul in Coffee Prince, Goblin / Kim Shin in Guardian: The Lonely and Great God, and Seo Gun in One Fine Day, as well as film roles such as Kang In-ho in Silenced, Ji Dong-chul in The Suspect, Seok-woo in Train to Busan and Kim Woo-jin in The Age of Shadows. He earned the Best Actor award at the Fangoria Chainsaw Awards for his role as Seok-woo in Train to Busan. Born Gong Ji-cheol on ‎July 10, 1979 in Busan, South Korea, he graduated from Kyung Hee University with a B.A. degree in theater. Gong Yoo landed his first lead role in 2005 in SBS’s Hello My Teacher opposite Gong Hyo-jin. 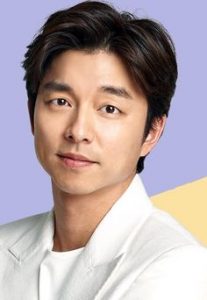 Gong Yoo Facts:
*He was born on ‎July 10, 1979 in Busan, South Korea.
*He graduated with a B.A. degree in theater from Kyung Hee University.
*He worked as a model before entering show business as a video jockey with Mnet.
*He became the most popular actor in South Korea for August 2016.
*In 2014, he was named as an ambassador of the National Tax Service of South Korea.
*He served as the South Korean spokesman for the United Nations Children’s Fund.