Beverly Naya is a British-born Nigerian actress who won the Most Promising Talent category at the 2010 Best of Nollywood Awards. She also won the award for Fast Rising Actress at the 2011 City People Entertainment Awards. Naya’s notable works include Alan Poza (2013), Forgetting June (2013), Make a Move (2014), Brother’s Keeper (2014), Before 30, …When Love Happens (2014), and Suru L’ere (2016). Born Beverly Ifunaya Bassey on April 17, 1989 in London, United Kingdom, to Nigerian parents, she is an only child. She received a degree in Psychology, sociology and Philosophy from Brunnel University. 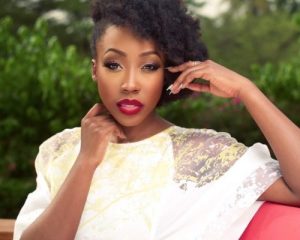 Beverly Naya Facts:
*She was born on April 17, 1989 in London, United Kingdom.
*She’s the only child to her parents.
*She started acting at the age of 17 while studying at the Brunel University in Uxbridge, England.
*She was named the “fastest rising actress” in the City People Entertainment Awards in Nigeria in 2011.
*She cites Ramsey Nouah and Genevieve Nnaji as mentors.
*Visit her official website: www.beverlynaya.com
*Follow her on Twitter, Facebook and Instagram.