Kalani Hilliker is an American dancer, actress, model and fashion designer, best known as a dancer at Abby’s Ultimate Dance Competition and appearing on Lifetime’s reality TV series Dance Moms. Kalani began starring on the web series Dirt in 2018. Born Kalani Brooke Hilliker on September 23, 2000 in Phoenix, Arizona, USA, to parents Kira Girard and Matthew Hilliker, she started dancing at the age of 2 at Dance Connection 2 in Arizona. She became famous in 2013 as a contestant on the Lifetime reality series Abby’s Ultimate Dance Competition (AUDC). She joined the cast of Lifetime’s Dance Moms, having first appeared in the season 4 episode “Big Trouble in the Big Apple.” In 2018, she started dating fellow dancer Brandon Chang. 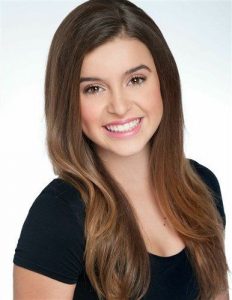 Kalani Hilliker Facts:
*She was born on September 23, 2000 in Phoenix, Arizona, USA.
*She has a younger brother named Jax. She also has a younger half-brother, Jett Newman
*She has been dancing since she was just two years old.
*She was a member of the dance group ‘AKsquared’ in 2011.
*She starred on Lifetime’s Dance Moms, along with her mother Kira Girard.
*She served as a finals judge for the Miss Teen USA competition in 2017 and 2018.
*She is left-handed.
*She is friends with Mackenzie Ziegler and Madison Ziegler.
*She is the recipient of various regional and national titles, including Junior Best Dancer at the Dance Awards NYC, Junior First Place at Nuvo Nationals, Junior First Place Jump Nationals, and National Teen Miss Showbiz.
*Visit her official website: www.kalanihilliker.com
*Follow her on Twitter, YouTube, Facebook and Instagram.