Bhumi Pednekar is an Indian actress who works in Hindi films. She is best known for her roles in the films Dum Laga Ke Haisha, Toilet: Ek Prem Katha, Shubh Mangal Saavdhan, Bala, and Pati Patni Aur Woh. Pednekar won the Filmfare Critics Award for Best Actress for her role in Saand Ki Aankh. Born on July 18, 1989 in Mumbai, India, her father, Satish, was a former home and labour minister of Maharashtra, and her mother, Sumitra, worked as an anti-tobacco activist. She is of Marathi and Haryanvi descent. Pednekar completed her schooling from Arya Vidya Mandir in Juhu and spent more than half a decade working as a casting director. She made her acting debut as Sandhya Varma in the 2015 Bollywood film Dum Laga Ke Haisha, which earned her the Filmfare Award for Best Female Debut. 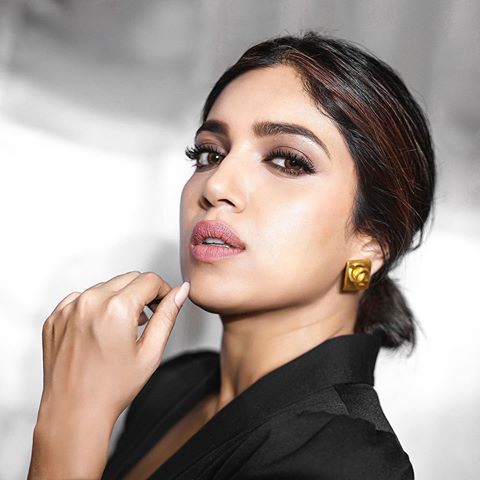 Bhumi Pednekar Facts:
*She was born on July 18, 1989 in Mumbai, India.
*She belongs to both Marathi and Haryanvi descent.
*She worked as an assistant casting director at Yash Raj Films for six years.
*She made her film debut as an overweight bride in the company’s romantic comedy Dum Laga Ke Haisha.
*She is a big fan of Argentine professional footballer Lionel Messi.
*Follow her on Twitter, Facebook and Instagram.