Lorna Fitzgerald is a British actress best known for playing Abi Branning in the BBC soap opera EastEnders from 2006–18. Before her role in EastEnders she appeared in Cherished, The Golden Hour, Casualty, According to Bex and adverts for Nescafé, ChildLine and Tracy Beaker. In February 2018, Fitzgerald made her professional stage debut, starring as Jackie Dimmock in the world premiere of Howard Brenton’s The Shadow Factory in Nuffield Theatre, Southampton. Born Lorna Katie Fitzgerald on April 17, 1996 in Northampton, United Kingdom, her mother’s name is Teresa Fitzgerald. She has two older sisters named Abigail and Corinne. She started attending Stagecoach Drama Classes at the age of four. 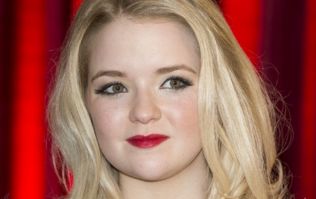 Lorna Fitzgerald Facts:
*She was born on April 17, 1996 in Northampton, United Kingdom.
*She began taking drama classes when she was four.
*In 2010, she was nominated for ‘Best Young Actor’ at the Inside Soap Awards for her role as Abi Branning in EastEnders.
*She plays the guitar and keeps active by swimming.
*She is close friends with her EastEnders on-screen sister Jacqueline Jossa.
*She has a dog named Alfie.
*Follow her on Twitter and Instagram.