Bibiane Schoofs is a Dutch professional tennis player. She achieved a career-high singles ranking of World No. 142 on 11 June 2012, and a doubles ranking of world No. 88 on 2 April 2018. She has won one doubles title on the WTA Tour and 8 singles and 21 doubles titles on the ITF Circuit. 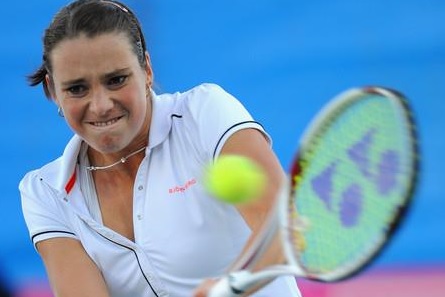 She married on 7 July 2014, and took her husband’s surname, however in late 2016 reverted to her maiden name, Schoofs. In December 2016, she became national singles champion under that name.

Bibiane Schoofs Facts:
*She was born on May 13, 1988 in Rhenen, Netherlands.
*She started playing tennis at the age of six.
*She won her first WTA doubles title at the tournament of Auckland in January 2018.
*She has a career-high doubles ranking of No. 83.
*Follow her on Twitter, Facebook and Instagram.