Phil Stacey is an American singer who first achieved fame on sixth season of the reality television series American Idol. After being eliminated from the competition on May 2, 2007, Stacey was signed to a recording contract with Lyric Street Records.

Born Joel Philip Stacey on January 21, 1978 in Harlan, Kentucky, Stacey’s mother, Adrell Horn, is a nurse and his father Gary Stacey is a pastor with the Church of God. Both of his grandfathers, Carlie Horn and E.T. Stacey, were also Church of God pastors. Stacey grew up in Fairfield, Ohio and began singing in church. He graduated from Wichita Northwest High School in Wichita, Kansas in 1997, and studied vocal performance at Lee University. He joined in the U.S. Navy in 2001, and was the lead vocalist for the Navy Band Southeast. 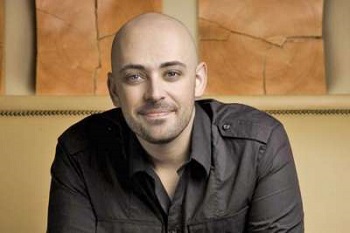 He has been married to Kendra Dawn McIntosh since December 19, 1998. Together they have two daughters, Chloe Grace and McKayla Elizabeth.

Phil Stacey Facts:
*He was born on January 21, 1978 in Harlan, Kentucky, United States.
*He was a contestant on Season 6 of American Idol.
*He is now signed to Reunion Records, a Major Christian label, a debut Christian album is due in 2009.
*He missed the birth of his youngest daughter McKayla to audition for American Idol.
*Visit his official website: www.philstacey.com