Big Show is an American professional wrestler and actor who is currently signed to WWE. Big Show became the youngest person to ever win a world title in either WCW or WWE, when he won the WCW World Heavyweight Championship at age 23, defeating his real life friend Hulk Hogan for the Title during his Rookie year in 1995. Aside from his career as a wrestler, Big Show has appeared in feature films and television series such as Jingle All the Way, The Waterboy, Star Trek: Enterprise, and two USA Network’s comedy-dramas Royal Pains, Psych and the action-drama Burn Notice. In 2010, he had his first lead role, in the comedy film Knucklehead, which was produced by WWE Studios. In 2020, Big Show began starring on the Netflix series The Big Show Show. 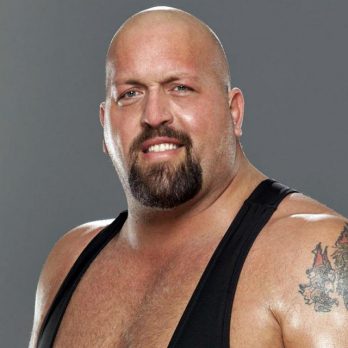 Big Show Facts:
*He was born on February 8, 1972 in Aiken, South Carolina, USA.
*His real name is Paul Wight.
*By the age of 12, he was 6 ft 2 in (1.88 m) tall, weighed 220 lb (100 kg), and had chest hair.
*He played college basketball at Southern Illinois University Edwardsville from 1992 to 1993, and was a member of the National Collegiate Athletic Association (NCAA) Division II Cougars basketball team.
*He played basketball for one season with Wichita State University.
*He began his career in 1994.
*He became the first wrestler to hold the World Heavyweight, ECW World, WWE, and WCW World titles.
*One of nine wrestlers to win both the WWF/WWE and the WCW world heavyweight titles.
*He Shares birthdays with professional wrestler Jim Neidhart and wrestling managers “Classie” Freddie Blassie and “Sensational” Sherri Martel.
*Previous Managers: Jim Strauser, Shane McMahon, The Taskmaster, Jimmy Hart, Paul Heyman, Joy Giovanni.
*Follow him on Twitter and Instagram.