Paris Jackson is an American model, actress and singer, best known for being the second child and only daughter of king of pop Michael Jackson. Paris signed with IMG Models in 2017 and got her first acting job on FOX’s Star, produced and directed by Lee Daniels. In 2018 she appeared in the film Gringo. Paris released her solo debut single, Let Down, on October 29, 2020, and released her first full-length album, wilted, on November 13, 2020. Born Paris-Michael Katherine Jackson on April 3, 1998 in Los Angeles, California, to parents Debbie and Michael Jackson, she has one older brother named Prince and one younger half-brother named Blanket Jackson. Paris attended The Buckley School. She has dated Chester Castellaw, Cara Delevingne, and Gabriel Glen. 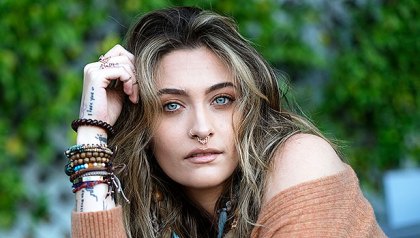 Paris Jackson Facts:
*She was born on April 3, 1998 in Los Angeles, California, USA.
*She is the second child and only daughter of Michael Jackson and Debbie Rowe.
*She was eleven years old when her father died.
*She accepted her father’s posthumous Lifetime Achievement Award at the 2010 Grammy Awards.
*She won Daily Front Row‘s “Emerging Talent Award” in 2017.
*She is close friends with Sofia Richie.
*Follow her on Twitter, YouTube, Facebook and Instagram.