Bill Paxton was an American actor and director. He is best remembered for his roles in Apollo 13, U-571, Edge of Tomorrow, Twister and Titanic. He can also be recognized for his role in the television series Big Love. For his performance in the miniseries Hatfields & McCoys, he received an Emmy Award nomination in 2013. Born William Paxton on May 17, 1955 in Fort Worth, Texas, to Mary Lou and John Lane Paxton, Paxton’s father was a museum executive, an occasional actor, and a businessman. He married Louise Newbury in 1987 and the couple had two child, son James and daughter Lydia. He died on February 25, 2017, in Los Angeles, from complications following heart surgery. He was 61. 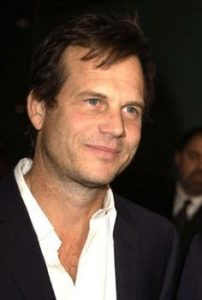 Bill Paxton Facts:
*He was raised Roman Catholic.
*He caddied for golf great Ben Hogan in Fort Worth as a teen.
*He used to work as a parking lot attendant.
*His first leading role was in 1992’s One False Move.
*He was present at the assassination of President J.F. Kennedy.