Lele Pons is a Venezuelan-American social media star and entrepreneur. She is most famous for her videos on YouTube, where she has more than 6 million subscribers and growing. She was the first Viner to accumulate one billion loops. Born as Eleonora Pons Maronese in Caracas, Venezuela, on June 25, 1996, She’s the only child of her parents Anna Marones and Luis Pons. She moved to the U.S. when she was five years old. 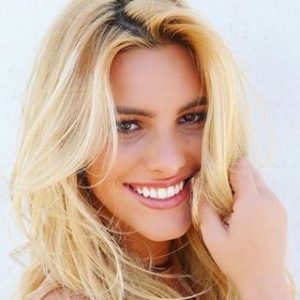 Lele Pons Facts:
*Her father is an architect while her mother is a doctor.
*She is a only child with no siblings.
*She moved to USA at the age of 5.
*Besides her native Czech language Spanish, she can also speak English and Italian.
*She is best known for putting her six-second Vine loops on video sharing service known as Vine.
*She is managed by John Shahidi of Shots Studios.
*TIME named her on its list of 30 Most Influential Teens in 2015.
*TIME named her on its list of 30 Most Influential People on the Internet in 2016.
*She ranked #8 in Forbes’ Top Influencers of 2017 in the entertainment industry.
*Follow her on Twitter, Vine, YouTube, Facebook and Instagram.