Singer-songwriter Birdy Biography, Family, Height, Weight, Age, Measurements will be discussed here. Birdy’s personal details can be checked here. She won the music competition Open Mic UK in 2008, at the age of 12.

Birdy is an English singer, songwriter and musician who won the UK talent contest Open Mic UK, a spinoff of the Live and Unsigned competition, in 2008, at the age of 12. Her self-titled debut album, Birdy, released in November 2011, peaked at No. 13 in the UK and in the top 5 in France, Belgium and the Netherlands and number 1 in Australia. Birdy’s second studio album, Fire Within, released in September 2013, peaked at number five in Australia and number eight in the UK. Four singles, “Wings”, “Words As Weapons”, “Light Me Up” and “No Angel” were released from the album. She released her third studio album, Beautiful Lies, in March 2016. 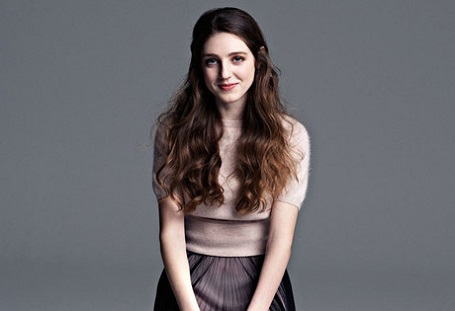 Born Jasmine Lucilla Elizabeth Jennifer van den Bogaerde on May 15, 1996 in Lymington, Hampshire, England, her father, Rupert Oliver Benjamin van den Bogaerde, is a writer and her mother, (The Honourable) Sophie van den Bogaerde, is a concert pianist. She is of English, Belgian (Flemish), and Dutch descent. Birdy is the great-niece of actor, novelist and screenwriter Dirk Bogarde. Bogarde’s younger brother Gareth Van Den Bogaerde is her grandfather. She learned to play piano at the age of seven, and started writing her own music at the age of 8.

Birdy Facts:
*She was born on May 15, 1996 in Lymington, Hampshire, England, UK.
*She won the 2008 Open Mic UK competition at age 12.
*Her first single, a cover version of Bon Iver’s “Skinny Love”, was her breakthrough, charting all across Europe and earning platinum certification six times in Australia.
*She was nominated for a BRIT Award for British Female Solo Artist in 2014.
*Her favourite soaps are Home and Away, Eastenders and Neighbours.
*Visit her official website: www.officialbirdy.com
*Follow her on Twitter, YouTube and TikTok.