Blair Dreelan is an English singer, songwriter and composer who was the lead vocalist of pop band East 17, later renamed E-17, who were originally active from 1991 to 1997 and sold over 20 million records worldwide. He managed pop acts including RoadTrip, HRVY, and Zach Clayton under his company, Alphadog Management. Dreelan was one of the writers of the chart-topping song “Shout for England,” which became England’s official anthem for the 2010 FIFA World Cup. His 2011 solo single, “Secret of My Life,” reached a Top 20 spot on German music charts. Born Blair Lee Joey Dreelan on June 29, 1984 in Taplow, England, to parents Sylvia Mciver and Joseph Dreelan, he was raised primarily by his grandmother. He trained at a performing arts academy known as East Berks Langley. He began dating British professional dancer and model Sophie Hind in 2015. 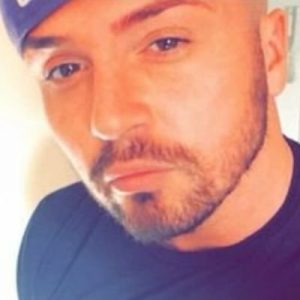 Blair Dreelan Facts:
*He was born on June 29, 1984 in Taplow, England.
*His full name is Blair Lee Joey Dreelan.
*He is a former member of the boy band East 17.
*He founded the boy band 4th Ba5e and together they went on to become finalists on The X Factor UK.
*His 2010 song “Shout for England,” was featured in the 2018 TV special Football’s 47 Best Worst Songs.
*Follow him on Twitter, Facebook and Instagram.