Kourtney Kardashian is an American reality television personality, entrepreneur, socialite, and model who gained fame as a cast member of Keeping Up with the Kardashians, Kourtney and Kim Take New York, and Kourtney and Khloé Take Miami. Born Kourtney Mary Kardashian on April 18, 1979 in Los Angeles, California, she is the daughter of Robert and Kris (née Houghton). She is the older sister of Kim Kardashian West, Khloé Kardashian and Rob Kardashian. She graduated with a degree in Theater Arts and a minor in Spanish from the University of Arizona. She was in a relationship with Scott Disick from 2007 to July 2015. They had three children together: Penelope, Mason, and Reign. She dated model Younes Bendjima from 2017 to 2018. 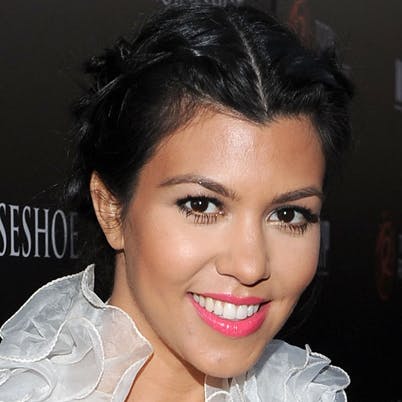 Kourtney Kardashian Facts:
*She was born on April 18, 1979 in Los Angeles, California, USA.
*Her mother is of Dutch, English, Irish and Scottish ancestry, while her father was a third-generation Armenian American.
*She has two younger sisters, Kim and Khloé, and a younger brother, Robert (Rob)
*She first appeared on TV on E! reality series Filthy Rich. (2005)
*She enjoys listening to music by Michael Jackson, Michael Bublé, Lady Gaga, Ne-Yo, The Black Eyed Peas, Stevie Wonder, DeBarge, and Madonna.
*Visit her official website: www.kourtneykardashian.com
*Follow her on Twitter, YouTube, Facebook and Instagram.