American R&B singer-songwriter, rapper, dancer and actor whose second studio album Don’t Be Cruel (1988), peaked at number one on the Billboard 200 and spawned five Billboard Hot 100 top 10 singles including the number one hit “My Prerogative”, and the Grammy Award-winning “Every Little Step”. Brown’s third studio album Bobby (1992), peaked at number two on the US Billboard 200, and spawned two top 10 Billboard Hot 100 singles: “Humpin’ Around”, “Get Away”, and “Good Enough”. As an actor, Brown starred in films such as A Thin Line Between Love and Hate and Two Can Play That Game. Born Robert Barisford Brown on February 5, 1969 in Boston, Massachusetts, to parents Carole and Herbert Brown, he’s the brother of Tommy Brown. He has been married to Alicia Etheredge-Brown since June 18, 2012. They have three children. He was previously married to Whitney Houston from 1992 to 2007. 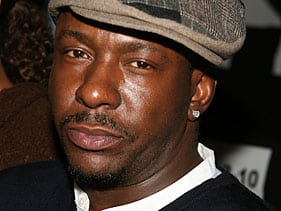 Bobby Brown Facts:
*He was born on February 5, 1969 in Boston, Massachusetts, USA.
*At 9, he sang in his church choir and founded New Edition.
*His debut solo single “Girlfriend”, went to number one on the R&B charts for two weeks and peaked at fifty-seven on Hot 100.
*He is a distant cousin of disco queen Donna Summer.
*His daughter, Bobbi Kristina Brown, passed away at age 22 on July 26, 2015.
*Follow him on Twitter and YouTube.