Bobby Cannavale is an actor best known for his starring role as Bobby Caffey in the first two seasons of the hit TV series Third Watch. His other notable works include, The Other Guys, Blue Jasmine, The Station Agent, Spy, Chef, Mauritius, The Motherfucker with the Hat, Win Win, Snakes on a Plane, Ant-Man, Fast Food Nation and Daddy’s Home. He was born Roberto M. Cannavale on May 3, 1970 in Union City, New Jersey, USA to the son of Isabel and Sal Cannavale. He is of Italian descent on his father’s side, and of Cuban descent on his mother’s side. He married Jenny Lumet in 1994. They had a son named Jake together before getting separated in 2003. He has been in a relationship with actress Rose Byrne since December 2012. Together they have a son named Rocco. 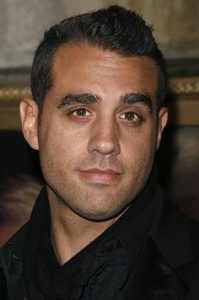 Bobby Cannavale Facts:
*His father is Italian and his mother is Cuban.
*He was born in Union City, New Jersey, but grew up in Coconut Creek, Florida.
*He has been in a relationship with actress Rose Byrne since December 2012.
*Follow him on Twitter.

“I never thought I would get married and have kids. I thought I was going to be a gypsy actor, traveling all over the world playing the great roles. I ended up having a kid very young, and it put things in perspective.” – Bobby Cannavale