Michael Jordan is a former American basketball player, businessman, and principal owner and chairman of the Charlotte Hornets. He is widely considered to be one of the greatest players of all time. He led the Chicago Bulls to two three peats and total of 6 championships. In all 6 championship finals, he was named the final MVP. He was born in Brookyln, New York on February 17, 1963 as Michael Jeffrey Jordan to James and Deloris. He has two older brothers, one older sister and a younger sister. 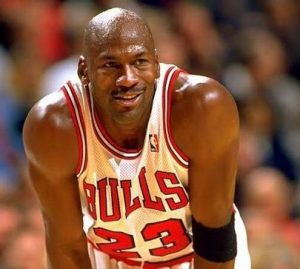 “My attitude is that if you push me towards something that you think is a weakness, then I will turn that perceived weakness into a strength.” – Michael Jordan