Bonnie Bedelia is an American actress best known for her roles in Die Hard, Heart Like a Wheel, They Shoot Horses, Don’t They?, Presumed Innocent, Lovers and Other Strangers, and Needful Things. Bonnie was born to Philip Harley Culkin, a journalist, and Marian Ethel, a writer and editor, on March 25, 1948 in New York City, New York, USA as Bonnie Bedelia Culkin. She married scriptwriter Ken Luber in 1969, and the couple had two sons before getting divorced in 1980. In 1995, she married actor Michael MacRae. She was previously married to James Telfer. 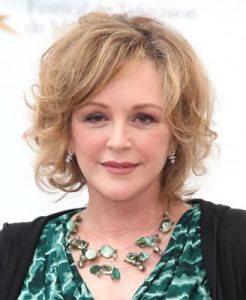 Bonnie Bedelia Facts:
*She belongs to Irish, German, English, Swiss-German, and French descent.
*She made her feature film debut in The Gypsy Moths (1969).
*She is the co-founder of the Los Angeles Classic Theater Works.
*She received a Golden Globe nomination for her role in the 1983 film Heart Like a Wheel.

“My grandfather had been on the New York City force with his 11 brothers around the turn of the century. He was killed in the line of duty. My father, who was 16, was the oldest son, so he had to quit school and go to work to support his mother.” – Bonnie Bedelia