Actress and singer Bonnie Somerville is known for her role as Det. Laura Murphy in the television series NYPD Blue, Courtney Scott in Grosse Pointe, Maggie Welling in Cashmere Mafia, Mona in season seven of the hit sitcom Friends, Rachel Hoffman in The O.C., and as Det. Deb McKenzie in the series Golden Boy. She was born on February 24, 1974 in Brooklyn, New York, USA. She began her acting and singing career at a young age, appearing in high school plays. 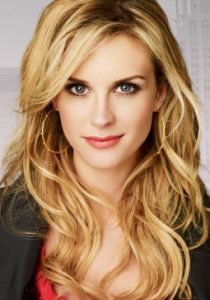 Bonnie Somerville Facts:
*She was raised by single mother.
*Her mother had eight siblings.
*She was a cheerleader while in high school.
*She wrote and sang a song that was used in the movie Garden State.
*Follow her on Twitter, Myspace and Instagram.