Irish actress and theater director, Fiona Shaw is best known for her role as Marnie Stonebrook on the HBO original series True Blood and as Harry Potter’s Aunt Petunia Dursley in the Harry Potter films. Fiona was born Fiona Mary Wilson on July 10, 1958 in County Cork, Ireland, where her mother (Mary) was a physicist and her father (Denis Wilson) was an ophthalmic surgeon. She attended secondary school at Scoil Mhuire in Cork City, and later earned her a degree in University College Cork. 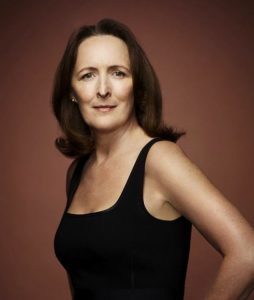 Fiona Shaw Facts:
*She was born July 10, 1958 in County Cork, Ireland and was raised in the Roman Catholic faith.
*She had her breakout stage role as Julia in The Rivals.
*She was awarded the 1997 Drama Desk Award.
*From 2002 to 2011, she was in a relationship with actress Saffron Burrows.