Booth Savage is a veteran Canadian actor of film, stage, and television. He is best known for his portrayal of Team Canada head coach Harry Sinden in the 2006 CBC miniseries, Canada Russia ’72. In 1987, Savage earned a Gemini Award for Best Actor in a Leading Role for his role as Felix Batterinski in Allan King’s The Last Season. Other notable acting roles include Bruce McLeod in Home Fires, Jason ‘Jake’ West in Hot Shots, and Principal Callaghan in Mr. D. Born on May 21, 1948 in Fredericton, Canada, Savage attended York University in Toronto, Ontario and graduated with a Masters in Fine Arts in 1992. He is married to actress Janet-Laine Green with whom he has two children. 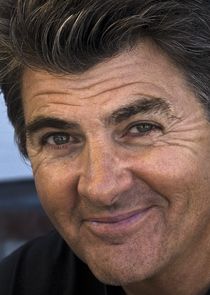 Booth Savage Facts:
*He was born on May 21, 1948 in Fredericton, Canada.
*In 1992, he graduated from York University with a Master of Fine Arts.
*He is the father of actor Tyrone Savage.
*He appeared with his real-life wife and son in Goosebumps: Strained Peas (1998).
*He is a member of the faculty for the Canadore College Theatre program.