Paula Marshall is an American actress who starred as Allison Brooks on the CBS sitcom Gary Unmarried. Other notable television roles include Shelly Thomas in Wild Oats, Lindsay Sutton in Chicago Sons, Dr. Claire Allen in Cupid, Dana Plant in Snoops, Katie in Cursed, Dr. Janine Barber in Hidden Hills, and Dr. Regina Barnes in Out of Practice. She also had a recurring roles in Spin City, Nip/Tuck, Californication, Murder in the First, and Gortimer Gibbon’s Life on Normal Street. Marshall has also appeared in the films That Old Feeling, Thursday, Warlock: The Armageddon, and We Love You, Sally Carmichael!. Born Paula Marie Marshall on June 12, 1964 in Rockville, Maryland, to parents Betty and Jim Marshall, she is of Irish and Austrian descent on her father’s side, and of Serbian descent on her mother’s side. Her brother is Virginia politician Bob Marshall. Marshall attended Robert E. Peary High School in Rockville, Maryland, graduating in June 1982. She has been married to Danny Nucci since October 12, 2003. They have a daughter together. She was previously married to Tom Ardavany. 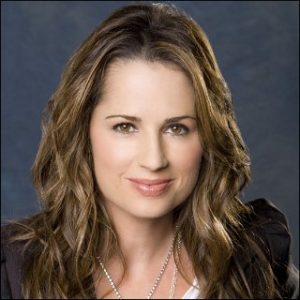 Paula Marshall Facts:
*She was born on June 12, 1964 in Rockville, Maryland, USA.
*Her ancestry includes Serbian, Irish and Austrian.
*She is the sister of Virginia politician Bob Marshall.
*She is the sister-in-law of Yael Nucci and Natalie Nucci.
*Follow her on Twitter and Instagram.