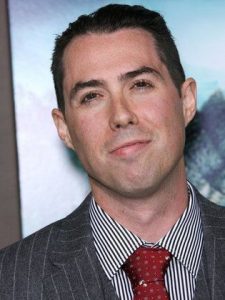 Brad Peyton Facts:
*He was born on May 27, 1978 in Gander, Newfoundland and Labrador, Canada.
*He is the son of Ann and Dunley Peyton.
*His short film Evelyn: The Cutest Evil Dead Girl, appeared in the Toronto International Film Festival in 2002.
*He was rumoured to be dating American actress Breanne Hill.
*Follow him on Twitter and Instagram.