Brandon Routh is an American actor and former fashion model. He is most famous for his portrayal of Superman in the 2006 film, Superman Returns. His television credits include Legends of Tomorrow and the TV comedy show Chuck. He portrayed the main character in Dylan Dog: Dead of Night. Born as Brandon James Routh on October 9, 1979 in Des Moines, Iowa to Ronald Ray Routh and Catherine Routh, he grew up in nearby Norwalk. In November 2007, he married actress Courtney Ford after 3 years of dating. They have a son together. 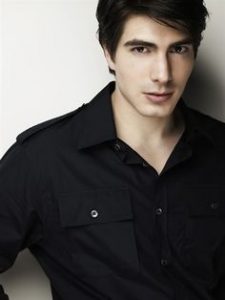 Brandon Routh Facts:
*He belongs to English, Scottish, German, and distant Dutch descent.
*He moved to Los Angeles to pursue an acting career.
*He played sports and participated in music and theatre while in high school.
*He can play the trumpet and piano.
*He cites Braveheart (1995) as his all-time favorite film.
*Follow him on Twitter, Facebook and Instagram.