Lina Esco is an American actress, filmmaker and activist. She became recognized in 2007 for her role as Jimmy Smits’ character’s daughter in the CBS television drama Cane. Her well-known films include 2005’s London, 2010’s Kingshighway, 2012’s LOL, and 2013’s Free the Nipple. In 2017, Esco began playing Christina “Chris” Alonso in the CBS drama series S.W.A.T.. She was appeared in the Sinéad O’Connor music video “Jealous” in 2001. Born in Miami, Florida, on May 14, 1985, she moved to France at age 15. Before becoming an actress, she worked as a model. 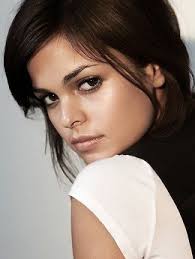 Lina Esco Education:
She went to school at Colegio Bolivar in Cali, Colombia.

Lina Esco Facts:
*She left her family in Florida and moved to France at age 15.
*She modeled full time before starting her acting career.
*She is the founder and film director of Free The Nipple.
*She currently resides in Los Angeles, California.
*Follow her on Twitter, Facebook and Instagram.