Brandon T. Jackson is an American stand-up comedian, actor, rapper, and writer. He has appeared in such films as Roll Bounce, Percy Jackson & the Olympians: The Lightning Thief, Tropic Thunder, Lottery Ticket, Big Mommas: Like Father, Like Son, and Percy Jackson: Sea of Monsters. In 2006, Jackson hosted the Up Close and Personal Tour, featuring Chris Brown, Juelz Santana, Ne-Yo, Lil Wayne and Dem Franchize Boyz. From 2014 to 2016, Jackson starred as Rufus “Roofie” Jones in the Hulu TV series Deadbeat. Born Brandon Timothy Jackson on March 7, 1984 in Detroit, Michigan, to parents Beverly Yvonne and Wayne Timothy Jackson, he is the fifth of seven siblings. He was educated at West Bloomfield High School. At 18, me moved to Los Angeles to pursue a stand-up comedy career. He has been in a relationship with Denise Xavier. 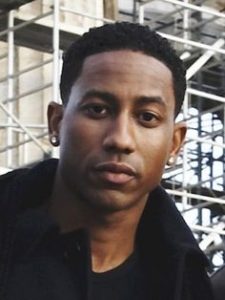 Brandon T. Jackson Facts:
*He was born on March 7, 1984 in Detroit, Michigan, USA.
*His parents are both pastors.
*His father owns Wayne T’s of Detroit exotic urban clothing store in downtown Detroit.
*He attended and graduated from West Bloomfield High School. Other graduates were Justin Bartha and his friend, Sam Logan Khaleghi.
*He used to work as an intern for radio station 93.1 FM.
*He currently resides in Los Angeles.
*Follow him on Twitter, YouTube, Facebook and Instagram.