Brandy Ledford is an American/Canadian model, actress and dancer. She is known for roles such as Doyle in the science fiction TV series Andromeda, Dawn Masterton on Baywatch Hawaii, and Desiree on Modern Family. For her performance in critically acclaimed television show, Whistler, she received both the Leo Award and the Gemini Award nominations. She was also Penthouse Pet of the Year in 1992. Born as Brandy Lee Ledford in Denver, Colorado, on February 4, 1969, to Sandra and Ken Ledford, her mother is from Canada, with New Zealand roots and her father is part Cherokee Indian from North Carolina. She grew up in Redondo Beach, CA with her mother and her younger sister and brothers. She is a graduate of the Redondo Union High School. She was married to snowboarder Damien Sanders and Martin Cummins. 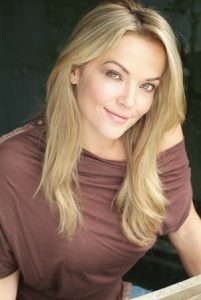 Brandy Ledford Facts:
*She started performing at an early age as a dancer.
*She got an acting role on Baywatch Hawaii.
*She is a dual American/Canadian citizen.