Alexa Ray Joel is an American singer, songwriter and pianist, known for her melodic song writing. She released her debut track, For All My Days in January 2008. She also released her debut Extended Play, Sketches in August 2006. Born on December 29, 1985 in Manhattan, New York City, New York, she is the daughter of supermodel Christie Brinkley and legendary songwriter Billy Joel. She is of Ashkenazi Jewish descent on her father’s side, and of German, Irish, English and Scottish descent on her mother’s side. She enrolled at New York University, where she studied musical theater for a year. 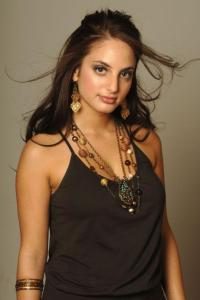 Alexa Ray Joel Facts:
*The daughter of Billy Joel and Christie Brinkley.
*She was named for the music legend Ray Charles.
*Her father wrote The Downeaster Alexa from 1989 and Lullabye from 1994 for her.
*She was the spokesmodel for Prell shampoo in 2010.
*She has been in a relationship with restaurateur Ryan Gleason since 2013.
*Follow her on Instagram.