Brett Anderson is a British singer-songwriter best known as the lead vocalist of the alternative rock band Suede, whose 1992 debut single “The Drowners” peaked at #49 on the UK singles chart. Suede broke up in 2003 so he founded a new band in 2004 called ‘The Tears’ with Bernard Butler, and has released four solo albums. Anderson released an autobiography titled Coal Black Mornings in 2018. Born Brett Lewis Anderson on September 29, 1967 in Lindfield, Sussex, England, his mother was an artist and a dressmaker while his father was a taxi driver whom Anderson described as an “obsessive classical-music fan. Anderson spent much of his growing years playing sports but fantasized about becoming a rock star. He was educated at Lindfield Junior School, Oathall Comprehensive School, and Haywards Heath Sixth Form College. He married Jodi Anderson, with whom he has a step-son and son. 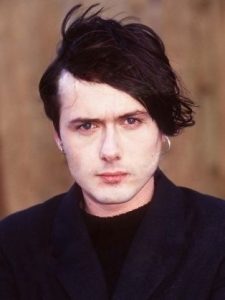 Brett Anderson Facts:
*He was born on September 29, 1967 in Lindfield, Sussex, England, UK.
*He played guitar for garage bands such as the Pigs and Geoff in his teens.
*In 2004, Anderson and Bernard Butler formed the band The Tears.
*Anderson was influenced by the grunge vocal style of Kurt Cobain.
*He was a close friend of Simon Hobart.
*Visit his official website: www.brettanderson.co.uk
*Follow him on Twitter and Facebook.