Sanaya Irani is an Indian actress of film and television. She is best known for the television work on series such as Miley Jab Hum Tum, Iss Pyaar Ko Kya Naam Doon?, and Rangrasiya. She is the recipient of various accolades including; Indian Television Academy Award and People’s Choice Awards India. Irani is the only Indian television actress to be listed in People Magazine’s forty most beautiful women. In 2015, she appeared on the Indian version of Dancing with the stars – Jhalak Dikhhla Jaa. In 2017, she participated in Nach Baliye 8 with her husband Mohit Sehgal. Born on September 17, 1983 in Mumbai, India to a Parsi family, she attended a boarding school in Ooty for seven years, and she later graduated from Sydenham College. She first modelling portfolio was done by photographer-turned actor Boman Irani. She made her acting debut with a cameo in the 2006 Yash Raj Film Fanaa as Mehbooba, and made her television debut as Cadet Sameera Shroff in the Hindi fantasy Vaah! Life Ho Toh Aisi!. She married her long time boyfriend Mohit Sehgal in Goa on January 25, 2016. 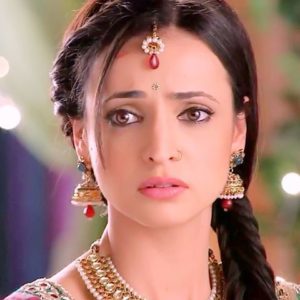 Sanaya Irani Facts:
*She was born on September 17, 1983 in Mumbai, India.
*She belongs to Parsi descent.
*She did modeling and ad commercials with Shahrukh Khan, Kareena Kapoor, Priyanka Chopra and others, before doing television.
*She was a contestant and first finalist in the Indian version of Dancing with the stars – Jhalak Dikhhla Jaa in 2015.
*In 2017, she participated in the dance show Nach Baliye 8 with her husband Mohit Sehgal.
*Her favourite actors are Aamir Khan and Kajol.
*Follow her on Facebook and Instagram.